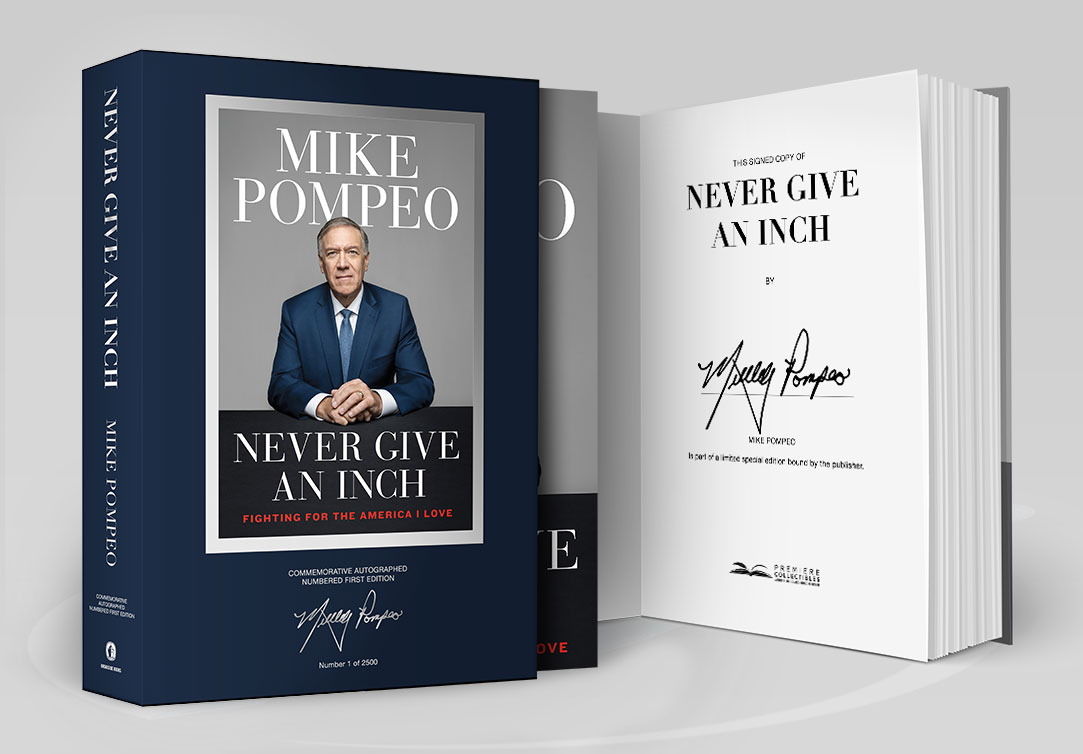 Never Give An Inch

Make you Selection below the Christmas Certificate Feature

So your book releases in January, but I can give it for Christmas?

How does that work?

With each book you pre-order you will be asked to complete at “to” and “from” field. After checkout, you will receive a confirmation email, and the custom gift certificate (PDF) is attached. Just print the certificate, present it as a Christmas gift - confirming that you have purchased an autographed copy of the book for your friend or family! The book will be shipped to them on release week of January 24, 2023. We’ve got you covered! 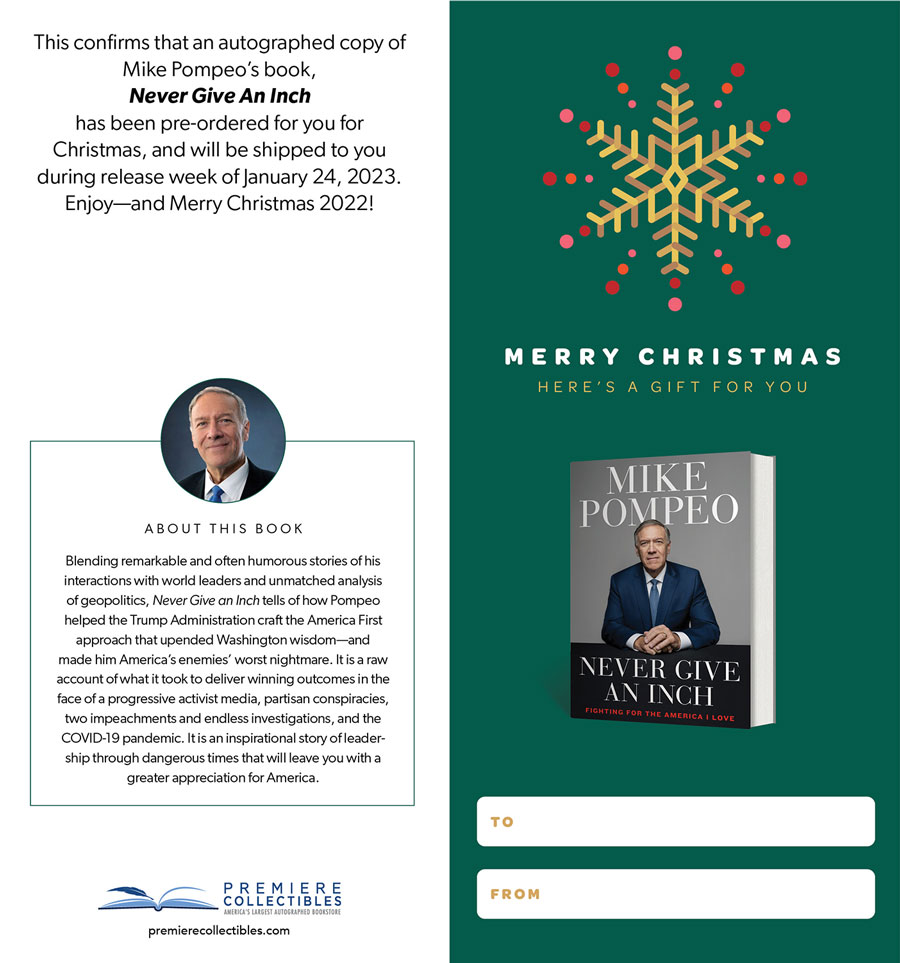 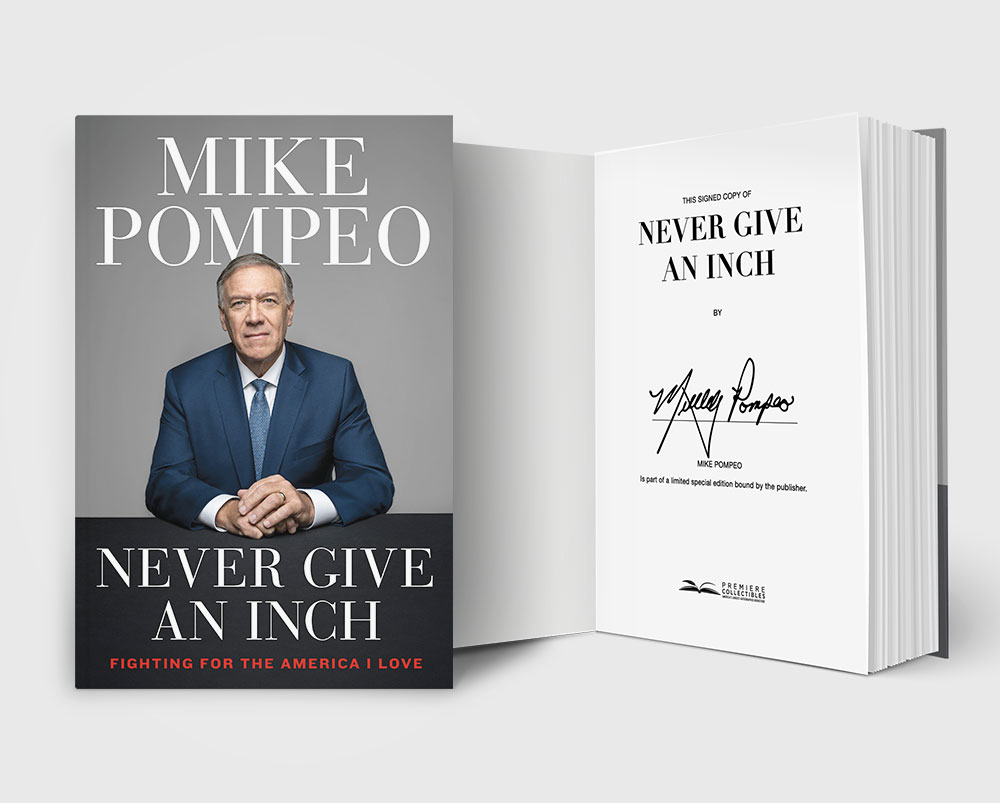 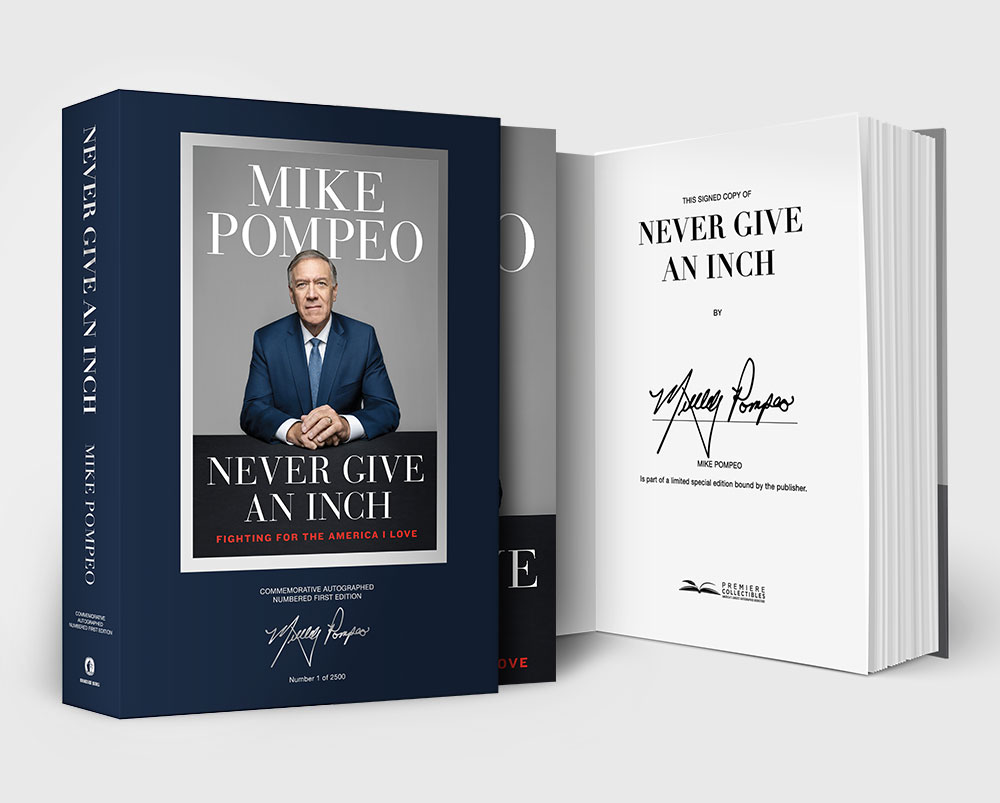 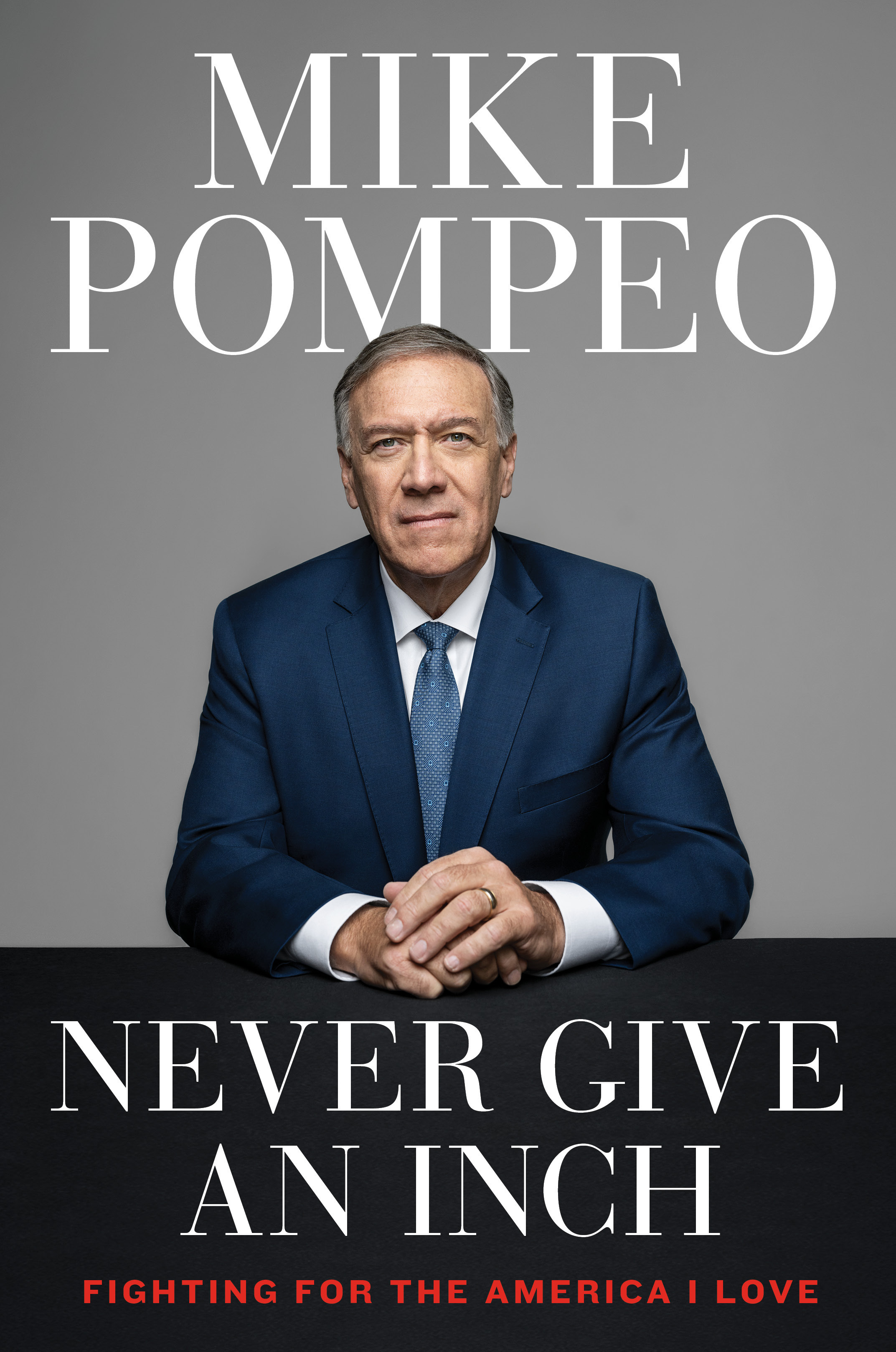 About
Never Give
An Inch

Former Secretary of State and CIA Director Mike Pompeo spearheaded the Trump Administration's most significant foreign policy breakthroughs. Now, he reveals how he did it, and how it could happen again.

Mike Pompeo is the only person ever to have served as both America's most senior diplomat and the head of its premier espionage agency. As the only four-year national security member of President Trump's Cabinet, he worked to impose crushing pressure on the Islamic Republic of Iran, avert a nuclear crisis with North Korea, deliver unmatched support for Israel, and bring peace to the Middle East. Drawing on his commitment to America's founding principles and his Christian faith, his efforts to promote religious freedom around the world were unequaled in American diplomatic history. Most importantly, he led a much-needed generational transformation of America's relationship with China.

Blending remarkable and often humorous stories of his interactions with world leaders and unmatched analysis of geopolitics, Never Give an Inch tells of how Pompeo helped the Trump Administration craft the America First approach that upended Washington wisdom—and made him America's enemies' worst nightmare. It is a raw account of what it took to deliver winning outcomes in the face of a progressive activist media, partisan conspiracies, two impeachments and endless investigations, and the COVID-19 pandemic.

Complete with a road map of the trends and players shaping the world today, Never Give an Inch is more than a historical review of the Trump Administration's greatest victories. It is essential reading for anyone who wants to understand the challenges of the future. And it is an inspirational story of leadership through dangerous times that will leave you with a greater appreciation for America.